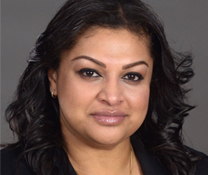 Suphi A. Philip has been a member of the SABAC Board of Directors since 2014, and served as the organization’s Treasurer from 2014-2017.

Attorney Philip has moderated Continuing Legal Education Courses for the state bar, and spearheaded a discussion on the Trump Administration’s Executive Orders on Immigration. In the spring of 2019 she addressed students at the Middlesex Community College about her experiences as a female attorney and informed students about US Supreme Court cases affecting sex equality.

Suphi graduated from Quinnipiac University School of Law and School of Business in 2006 with a joint Juris Doctor and Master of Health Administration degree with a Health Care Compliance Certificate. She received a Bachelor of Arts degree from Hofstra University and completed a workshop with the United Nations in January 2001.

She is admitted to the Bar in Connecticut, New York, and the United States Supreme Court.